I was disappointed to see that Adam Sandler is wearing a kippah (yarmulke) in his upcoming movie about a bat mitzvah and it’s not the kippah that I presented to him back in 2000 when he was on the set of the movie “Little Nicky.” The movie was being filmed on the street next to my apartment on the Upper West Side of Manhattan and I had the opportunity to meet Adam Sandler early one morning while I was walking to morning minyan at the Jewish Theological Seminary, where I was a rabbinical student. Adam told me to come back later in the day while they were filming and he’d let me watch. So I returned a few hours later with my friend and classmate, Rabbi David Levy. Adam signed a VHS tape of his movie Big Daddy for me and I presented him with a navy kippah embroidered with the logo of the Jewish Theological Seminary (JTS).

When I saw the photo below of Adam Sandler (AKA “The Sand Man”) on the set of his upcoming Netflix movie called, “You Are SO Not Invited To My Bat Mitzvah!” I was (tongue in cheek) disappointed that he was donning a white leather kippah and not the suede kippah I had gifted to him some 22 years earlier. I assume he still has it! 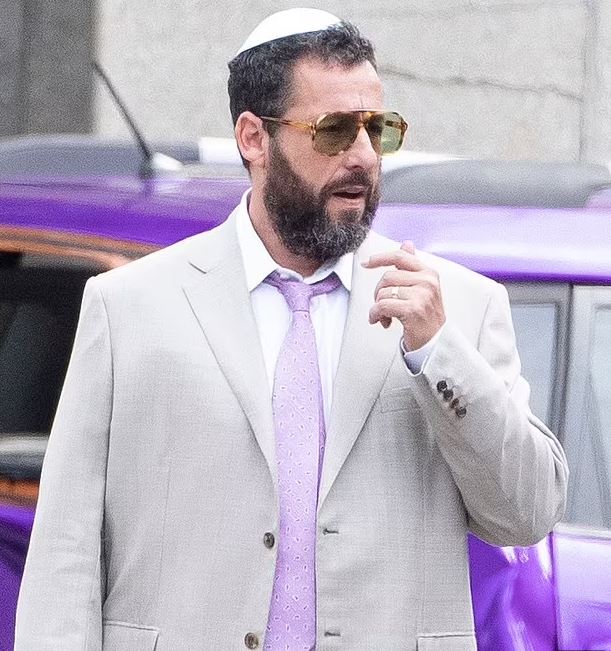