Rosh Chodesh — which literally means “head of the month” — is the minor holiday that marks the beginning of every Hebrew month. The Jewish calendar, which combines both lunar and solar aspects, has 12 months (and 13 in leap years); half of these months are 30 days long and half are 29 days.

The Lord said to Moses and Aaron in the land of Egypt: This month shall mark for you the beginning of the months; it shall be the first of the months of the year for you. (Exodus 12:1-2)

Later on in the Torah, Rosh Chodesh is mentioned in the same context as the more important festivals. On Rosh Chodesh, as on other festivals, the people are commanded to be joyous, offer sacrifices, and be reminded of God’s divinity (Numbers 10:10).

Originally, there was not a set calendar for Jewish months. Instead, the Sanhedrin (an ancient court) would declare a new month after receiving the testimony of two reliable witnesses reporting that they had seen the new moon. Then the message was spread throughout Israel and Babylonia via small fires on hilltops. When a new moon was announced, someone would go to the top of the Mount of Olives in Jerusalem with a long pole of wood. He would set the end of his pole on fire and wave it around until he could see someone on another hilltop waving his own pole. The second person waved his pole until he could see a third person waving, and so on until the message reached Babylonia.

Eventually, the Samaritans began lighting fires on hilltops in order to mislead the Jews, and so instead of fires, messengers were sent out from Jerusalem. By the later Amoraic period, a fixed calendar was set, and there was no longer any need for witnesses or messengers.

In contemporary practice, Rosh Chodesh celebrations begin the Saturday before the new month, with the recitation of Birkat ha-Chodesh at the conclusion of the Torah reading. Birkat ha-Chodesh is a special prayer that articulates our hopes for the month to come, from peace and prosperity to success in business, good health, and piety. The prayer includes an announcement of the day or days on which Rosh Chodesh will fall and the name of the month that is about to start.

A Minor Holiday
Rosh Chodesh itself is a minor holiday, with relatively few observances, but there are several significant liturgical changes. An extra paragraph is added to the Amidah, and to the grace after meals. An abbreviated form of Hallel is recited, and a selection from the Torah about the Rosh Chodesh sacrifice is read. An additional service, Musaf, is added after Shacharit (morning prayers).

Rosh Chodesh has long been considered a special holiday for women. Some say that this is because the women of Israel did not offer their jewelry for the creation of the Golden Calf. As a result, they were given Rosh Chodesh as a day when they could abstain from work. To this day, some women refrain from some forms of labor on Rosh Chodesh. Others have connected the waxing and waning of the moon to a woman’s menstrual cycle. Whatever the reason, Rosh Chodesh has long been a time for Jewish women to gather for a wide variety of activities, from reciting traditional liturgy to sharing a meal, discussing Jewish ethics, and working for social change.

Contact The Mitzvah Rabbi today to inquire about a bat mitzvah ceremony. 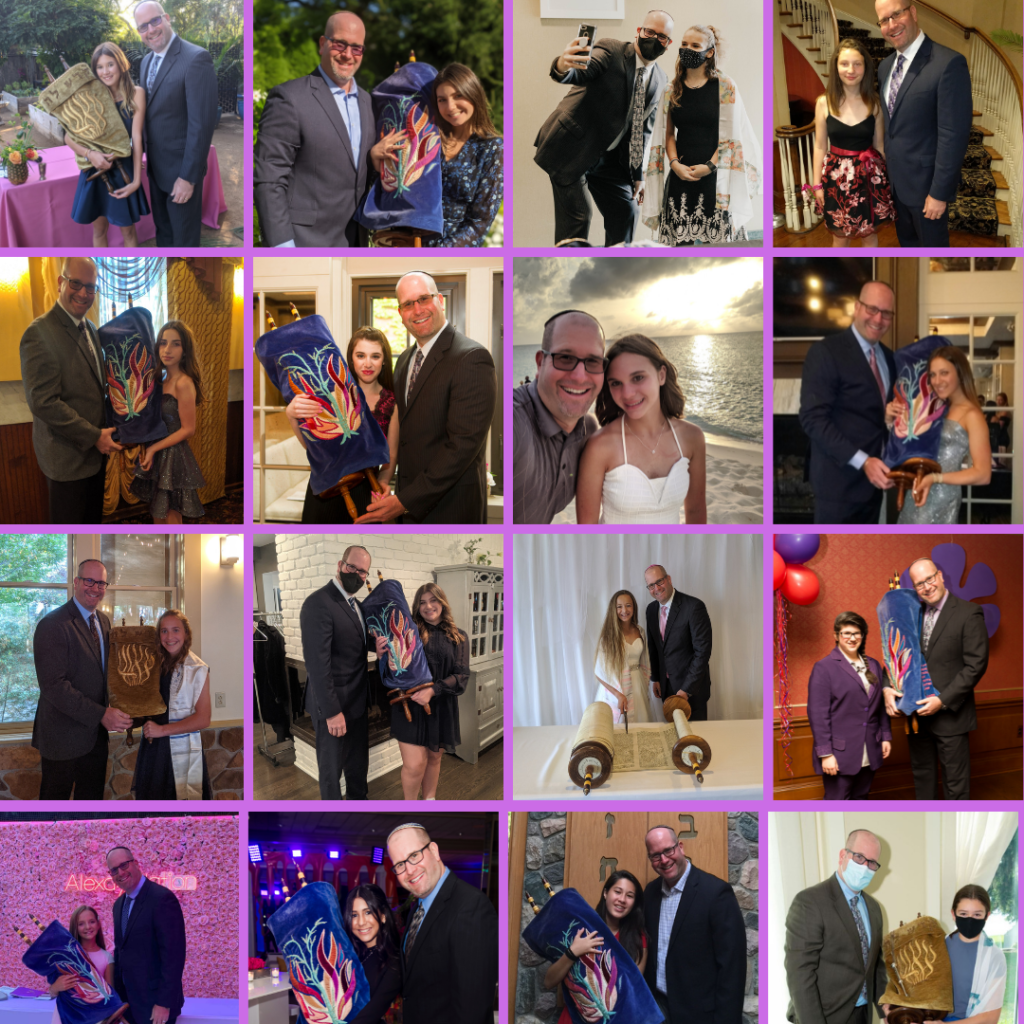