A Jewish boy becomes a bar mitzvah on his 13th birthday and a Jewish girl becomes a bat mitzvah on her 12th birthday (some observe the 13th birthday for girls also). Technically, a Jewish child does not have to do anything to become bar or bat mitzvah — they only have to be alive and reach that milestone birthday. Based on this explanation, there is nothing specific that one has to do ritually — that includes attending Hebrew School, reading Hebrew, chanting Torah or Haftarah, or leading prayers.

Contrary to popular opinion, a Jewish child does not have to be called to the Torah for an aliyah to become a bar or bat mitzvah. All of the rituals we have come to expect a Jewish child to perform to commemorate their entry into Jewish adulthood, like reading Torah or having an aliyah, delivering a d’var Torah (speech) or performing a mitzvah project, are all ways to make the bar or bat mitzvah lifecycle event more meaningful and memorable — but they are not required. 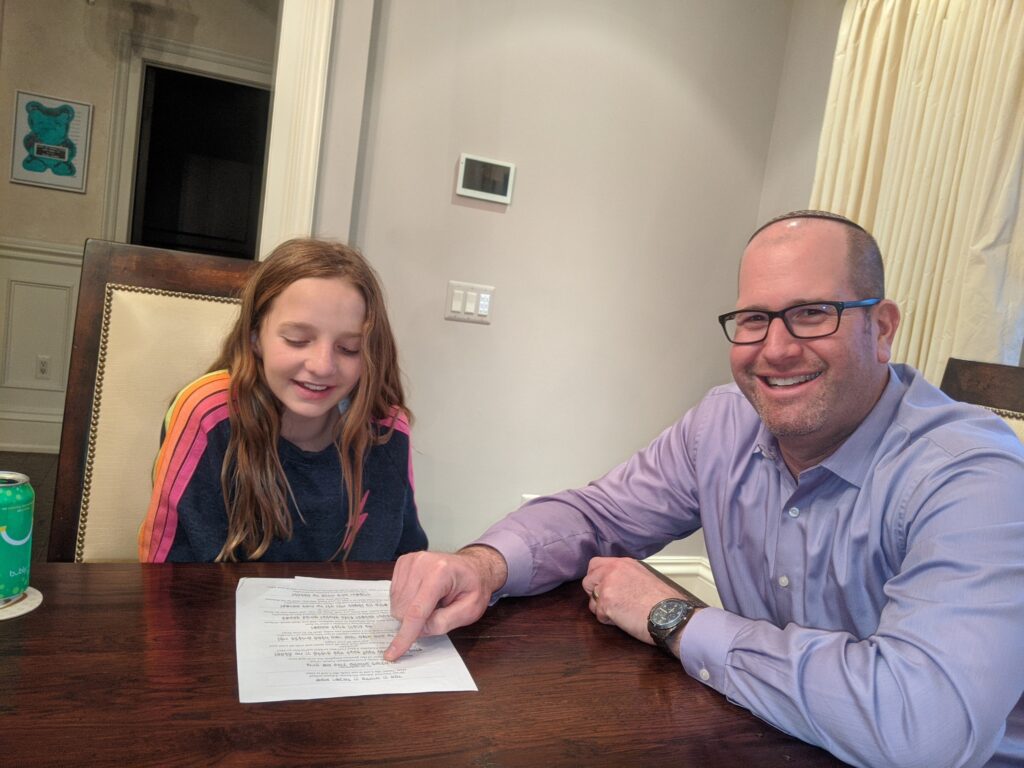 This brings to mind the question of using the English transliteration of the Hebrew — what some refer to as the phonetic Hebrew. If your son or daughter has not had several years of Hebrew School learning in which they have mastered the Hebrew alphabet and can now decode Hebrew words, there is a very simple solution. Using English transliteration (phonetic pronunciation of the Hebrew words) will greatly help them in their bar mitzvah and bat mitzvah preparation.

Hebrew school is not a requirement to become a bar mitzvah or bat mitzvah — as stated earlier. Many Jewish children did not attend Hebrew school for a variety of reasons and some only attended for a short period of time. Regardless of Hebrew literacy background, Rabbi Jason will prepare your son/daughter for the bar/bat mitzvah service.

Rabbi Jason works with students of all levels and abilities. The tutoring sessions will be geared to your child’s ability.

Is using the English transliteration considered less than authentic? No.

Is using the English transliteration considered cheating or “a crutch” when preparing for a bar mitzvah or bat mitzvah ceremony? No.

God does not mind if a Jewish child chants the Torah portion or leads Hebrew prayers using Hebrew letters or from the English transliteration.

If you have any questions about your child using phonetic Hebrew (the English transliteration) when preparing for the bar mitzvah or bat mitzvah, please contact Rabbi Jason Miller.